Getting an A for Effort - My New Yardstick to Life

Like most people I've had periods of time where I've gone through a slump at some jobs in the past.  I'd often reflect on my various efforts and note that they had performed uncharacteristically less well than I normally would.  I would brood far too much and soon find myself dejected and questioning my capabilities.  However, some time later, in at least one case, I learned information that certain environment variables were not aligned with my efforts.  Or, to put it more bluntly, certain folks in the organization were not aligned with my efforts and their counter efforts were at least partly responsible for my lack of success.  This isn't to say these people were against me; only against my efforts.  This could have been for a valid reason but the lack of transparency in these organizations prevented me from ever knowing the real reason. [1] 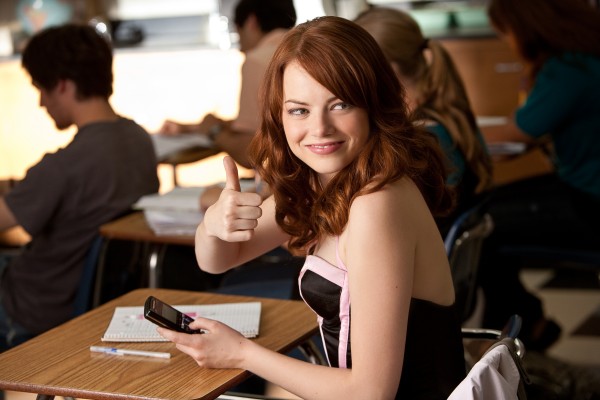 As I recounted this incident I came upon an article on why majoring in humanities can help one live a better life.  The article talks of Socrates and his advice that lies at the heart of the humanities, which is to question everything in life - including the definition of success.  The conventional definition of success is to focus on outcomes: what metric moved due to your efforts, what quantifiable number - be it money or otherwise - did you achieve.  However, as Einstein said, "Not everything that counts can be counted, and not everything that can be counted counts."  Wise man that Einstein but reading the article and Einstein's quote reminded me of a lesson closer to home.
Growing up my father was always the number one student in every subject and grade.  I reiterate - he was number one, not ever number two. (I'm suddenly reminded of Ricky Bobby from Talladega Nights).  Throughout his elite class at university my father topped all his classes.  However in his first job he was passed over repeatedly for a promotion due to the company's arcane promotion criteria.  My father was shattered by this outcome and vowed from then onwards to no longer focus on being number one but rather only doing his best.  He became fond of quoting a phrase from the Bhagavat Gita - "Do your duty and leave the rest to God."
My father told my sister and me this story repeatedly when we were growing up to ensure we got the point but I didn't appreciate the wisdom in that advice until this recent period of introspection.
I've blogged before about the role luck has played in my career and the fact that so many good outcomes could have easily gone awry had certain environment variables gone against me.  Hence I usually don't claim any credit for the successes I've had in life.  My family often says that I'm too modest but I am simply seeing the truth of these outcomes.  What I realize now is that my approach essentially stresses the same things my father advised me at a young age: focus on the inputs and take credit only for that.  And just as I can't claim credit for successes so too can I not take blame for failures.  I can only ask myself in each instance "did I do all that was possible and to the best of my abilities."  If so then the outcome is what it is and I can be proud of my input.
With this in mind I no longer brood over past failures, regardless of if others were working against me in the situation.  I only reflect to see if I did my best and in a manner I am proud of.  As such the colloquialism "Getting an A for effort" is going to be my new yardstick to life.  I'm going to ensure that achieving that "A" is a real accomplishment, by comparing the inputs of those I respect and are the best at a task, but I will only measure inputs from here onwards.  [2]
Mind you, this may not fly with the yardstick a job requires me to meet but that's alright; more important to meet my internal yardstick and lose the job than to meet someone else's yardstick for a job and be miserable while still working there.
Socrates, Einstein, Papa - thank you.
[1] Many people complain that what they dislike most about a particular job, or work environment, is politics.  I've blogged about politics before and said that it is inevitable as a company grows because humans congregate and subdivide as they work in larger groups.  However, this isn't the right answer.  What people usually perceive as politics is opacity of a decision making process.  Hence, transparency is the antidote to politics and this is why transparency is the most important value of a company as it grows.
[2] I came across a fascinating article on how some athletes are genetically predisposed to higher performance in some sports; debunking the 10,000 "rule" of practice makes you an expert in any field. This is a good caveat on comparing too much with others and expecting that you will do as well in everything you undertake.  So compare but don't obsess over it.