Luck plays a bigger role in careers than most realize

One of the most humbling realizations as I’ve progressed through my career is how big a role luck has played in where I am today.  Many of the pivotal events in my career happened more due to a lucky break than my own doing.  When I tell this to colleagues and friends they think I’m being falsely or unduly modest and indeed I have been told that I undersell myself sometimes.  Well I’d like to recount the biggest break I’ve had in my career and you can decide for yourselves. 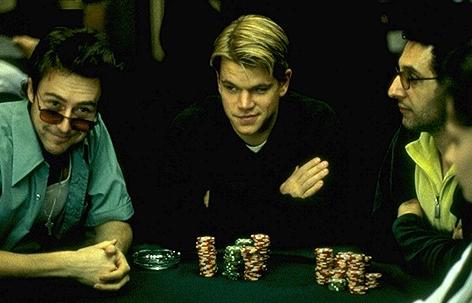 My first three years out of college were at RealNetworks – a once-hot startup in Seattle.  The job wasn’t the best and by my third year I was disillusioned with work and looking for a change.  I had already been turned down by four MBA programs I applied to the previous year and applied to tech company after tech company.  But no matter where I applied - established company or start-up, in Seattle or anywhere in the US – I couldn’t even get an email response for an interview.

I endured eight months of this till one Friday morning I got a call at work from someone named Shelly who didn’t even know my last name and used the company’s automated directory to find me.  Shelly claimed to be the assistant to Francis deSouza, the CEO of a startup called IMlogic.  I looked up the company and its webpage consisted to two pages with barely a description of a product.  I asked how she found me and she said that Francis’ mother lived in the same building as my sister in Boston and she got my resume from her in the elevator and then passed it on to her son.  Seriously?

Franics told me later that he typically discarded any such referrals from his mother but something in my resume caught his eye and passed the resume on to Shelly.  Shelly misplaced my resume but was able to recall that I worked at RealNetworks.  Hence the bizarre intro call.

I went on to work with Francis at IMlogic – a startup where I built not a resume but some actual products that gained some great customers.  The experience at IMlogic and the people I worked with got me into Stanford and indeed it was a even connection from IMlogic that helped me land at my current startup – HubSpot.

My career is full of such random coincidences and of the five companies I’ve worked for I only applied to two of them.   Even my admission to Stanford has an odd story – I rewrote my admission essay completely two hours before it was due because I felt it wasn't right.  And my hire at SunGard – a random headhunter who covered a sector I never even thought of applying to.  Delving deeper, at each job there are so many projects that went well in part because of a lucky break – a fantastic hire, a chance finding in some analysis, a better than average return on an investment because of a general market uptick.

I believe clichés like “you have to be good to be lucky” or “you create your own luck” so I know that I had to have built up certain skills for me to take advantage of the above opportunities when they presented themselves.  But there’s no denying that I could just as easily have landed in some lame job or continued working on projects that never went anywhere.

I suspect most adults realize this when they reflect on their careers and perhaps that’s why humility and even a certain faith in the supernatural emerge late in people’s careers.   The Indian epic, Mahabharat, has a famous line: "do your duty and leave the rest of God."  I used to think that meant you must do your job and then pray for God to take care of the rest.  But the Mahabharat isn't actually religious but rather a fascinating study in human character.  Hence, I believe what the phrase really meant is do your job but the outcome is not in your hands... so don't claim all the credit.