Politics at work - inevitable and not necessarily bad

At a previous company I faced a crucial decision a couple years into my tenure.  My boss was leaving the firm and my job was being redefined by the recently appointed CEO.  As my scope of responsibilities was being dramatically changed I was faced with a question – should I go for my boss’s job or accept the fate of whatever role I settle into?  The answer proved to be my undoing and I learned the most valuable political lessons of my career here. 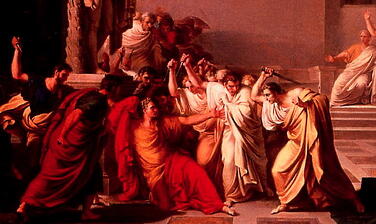 Until that point in my career I labored under the idealistic vision that companies are meritocracies.  Certainly, fast moving technology companies seemed the poster children for such this ideal.  But what I failed to realize was that as every company grows it inherently becomes political because humans are, by nature, political.

That’s right – every company is political at some level.  No company sets out to be political when it starts but they all end up there.  It isn’t because they recruited bad apples along the way, or even that the culture changed for the worse.  Rather, I’ve come to believe that as a population grows humans seek to align themselves with sub-groups, to classify and subdivide crowds as friend or foe.

George Bush’s “you’re either with us or against us” has been parodied much but fundamentally that is often how humans make sense of the rapidly changing world around them.  But just as in personal life you should be careful not to disclose allegiance at work - for one thing you may have misjudged people and forever lose them as allies.  Clichés like “keeping your cards close to your chest” cannot be appreciated until you’ve played your hand too soon and been beaten soundly as I was.

So, what were the political cues I missed?

After I went through this turmoil I came upon a fantastic book – “Power: Why some people have it – and others don’t” by Stanford GSB professor Jeffrey Pfeffer.  I took his class at school but to my loss didn’t recall the lessons later when I needed them.  Reading his book later I realized how naïve I was.

As Pfeffer says “welcome to the real world – not necessarily the world we want, but the world that exists.”  And lest you eschew power politics as disdainful, Pfeffer points out that those who have power and can control their professional lives are healthier and live longer, even after controlling for all sorts of lifestyle and genetic factors.

The book isn't advising you to be unethical or "play dirty" but simply to understand your strengths and weaknesses as it relates to working with others and to correctly assess the environment you work in.

Indeed, politics forces one to socialize and to understand another person's viewpoint rather than forcing your version on everyone.  It gives one the chance to collaborate and inspire others.  Hence politics at work may actually be an opportunity to lead.

Pfeffer’s book did show me that I did one thing right.  Even though I was stupid in the way I asked for the promotion at least I tried and gained some practice.   And as my first foray into politics I learned several valuable lessons that will hopefully serve me in the rest of my career.  And, for you the reader, I hope they help you avoid the mistakes I made.

Epilogue - good article in Harvard Business Review that presents the above better than I did.