Knowing your strengths and weaknesses: actually the most important interview question

One of the most clichéd interview questions is “what are your strengths and weaknesses.”  Most of us have heard it so many times that we’ve prepared for it extensively.  Often we create a bogus weakness that could be seen as a strength by the interviewer such as “I’m a perfectionist” or “I’m very detail oriented.”  However, as pedestrian as this interview question is, and lately is seldom asked in interviews because everyone knows there’s a prepared answer waiting on the other end, the tragedy is answering this very question is crucial for real career advancement. 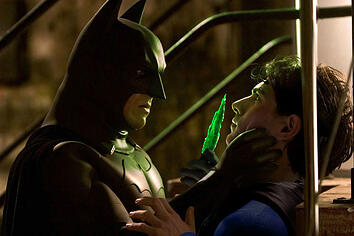 I didn’t realize how important the above question was until my boss at IMlogic, Franics deSouza, told me in our 1:1s that “your biggest strength is that people like working with you.”  I was surprised as I never even knew I had this ability and had traditionally thought my strengths were the usual engineering trait of being analytical or perhaps being a good communicator.  But Francis was spot on and he helped me figure out what was the one skill I had in spades and could build my career upon.

Part of the problem with the strengths and weaknesses question is that you often need someone else to tell you the answer.   This person has to know you well and has to themselves be aware of what kind of feedback is important for career development.  That’s why working for a good manager makes the most difference early in someone’s career.  In that first job or two of your career, the actual job and company are far less important than the manager.  (Sadly, joining a job just to work for someone is a risk).

The other problem is that many people shy away from asking or stating their strengths and weaknesses.  They may feel pompous at stating their real strengths to a prospective employer and, truth be told, many interviewers may not be able to handle an honest confession of your weaknesses.

However, what I didn’t realize is that knowing your strengths is the only way to find a career/job where you can be a star.  We all can't be strong at everything, not even the subjects we studied and supposedly know the most.  So you have to really dig deep for the one or two things that you are exceptional at.

And knowing your weaknesses doesn’t necessarily mean you have to fix it yourself.  Often weaknesses are endemic to you and you’re better off hiring around you to solve it.  For example, I know that I am not a great negotiator.  So, while I keep practicing negotiations and seek coaching I doubt I’ll become legendary in this skill and am more keen to hire a world class negotiator so we get the best outcome for the company.

So, while you can still use a practiced answer to the strengths and weaknesses question do take the time to really learn the answer for yourself and seek lots of feedback.  I’m curious readers – have you learned of a strength or weakness of yours that surprised you?