Professional coaching - a must no matter how experienced you are

A recent article by one of my favourite New Yorker writers, Atul Gawande, talked about the benefits of having a professional coach.  The article essentially says that no matter how senior or experienced you are in your job you can benefit from a coach, even one who might be less experienced than you.  After a few months of stumbling along in my new role of business development - a nebulous term that can mean anything from driving sales via distribution agreements, building marketing relationships or arranging for technology licensing - I decided I needed a coach as I didn't have a sales or marketing background. 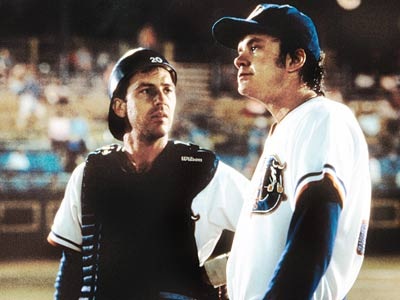 I decided to get HubSpot's all-star trainer, Andrew Quinn, to sit in on a couple of my calls and give me feedback.  Andy is a long time sales executive and has taught legions of HubSpot hires how to be effective sales people.  Having sat in on parts of his training program earlier, I found his advice to be concise and insightful, never being condescending or pedantic.

Right in our first call I noticed how my behaviour changed just because of Andy's presence.  Prior to having a coach, I knew I was a little loose with my meeting agendas and I knew I was talking for more time than I should have.  But having a coach present was like having your parent, or your boss, watch over you.  So I prepped for my calls better, I was concious of how much time I was talking but after a few minutes of this new routine I lapsed into my regular shtick and forgot about Andy being present.

Andy listened patiently, making occassional notes but otherwise being silent till the end.  Afterwards we talked about how my call didn't have the desired outcomes and the difficulties of navigating a large organization to get to a decision maker.  Andy then handed me this gem of advice: rather than asking bluntly who the decision maker is, he suggested I ask "about the process for making such decisions and how can we get these people together."  The change in approach seems simple but single lines like this make all the difference in succeeding at enterprise sales.

Prior to my getting a coach, I thought I was going to be good at BD because I tend to put myself in other people's shoes so I thought I'd be great at finding out my counter party's pain points.  Turns out that doesn't immediately carry over into my work.  Earlier I also asked a successful sales executive at HubSpot, Brooke Freedman, to coach me on how I might find out this information.  She had a simple and brilliant line: "I was on the phone with a partner similar to you who said their 2 big issues are x and y.  Is that the same for you?"  Very smart and I can't wait to try out.  This approach is a little easier when you're talking to an industry that's relatively unconcentrated so that I'm not inadvertendly saying I'm working with the partner's direct competion (although there are benefits to that as well).

In just two conversations I've gained so much that I've decided to ask Andy and others for regular coaching.  HubSpot is great about having such regimented coaching in the Sales team and is a big reason why the company's sales team crushes their quota relative to any sales organization I've seen.  Hence, it seems only logical to have similar, if self-constructed, leadership and business coaching for every role including mine.

ps: loosely related but I recently read an op-ed on how reckless belief in one's surpreme abilities has lead to so many economic disasters.  Perhaps another reminder to be humble and seek out a coach no matter how senior or accomplished one gets.