Nearly every business school student or professional takes a negotiations course in their lifetime.  But I can’t remember the first thing from my negotiation class today and indeed I “lost” in most of the in-class negotiation exercises.  So when I was hired as VP of Infrastructure at SunGard I was apprehensive to get a job where my primary function was negotiating real estate and energy supply deals.

Thankfully I was fortunate to have a great teacher in David Gordon, SunGard’s 15+ year real estate broker.  David taught me several principles, often saliently, about how to negotiate effectively.  I remember these better than any class and I hope they can be of assistance to you as well. 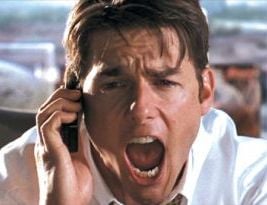 Finally, like so much of business, practice makes perfect.  Think of every negotiation as an opportunity to learn and don’t shy away from it.  Find some good mentors and observe.  Debrief before and afterwards and keep notes.  In the 40+ deals I worked with David I learned a ton (I admit he and his team did most of the hard work).   Anyone can be a better negotiator with some practice.