When setting goals is detrimental to success

When I applied to grad school I remember several applications asking questions like "recount a time you set a goal and struggled to achieve it" or some other flavor of goal-setting story.  I found these hard to answer because I hadn't really set many goals in my life, which may indicate why my accomplishments to date had been modest.  I suppose I just did things because they felt like they'd be fun or cool.  I thought most kids grew up the same way and wanted to believe that the goal oriented ones were from another planet.  Nevertheless, I envied those who set goals and I resolved to become more so - but never really did even years after graduation. 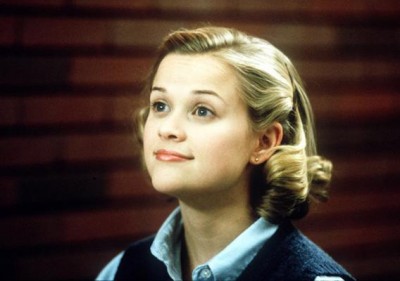 Then when I started sales training my coach, Rick, said one of prerequisites was to have clear, meaningful personal goals written down.  I did so and the exercise was incredibly helpful as my goals often serve as a compass, and a source of encouragement, whenever I encounter adversity.  Indeed, like most people in sales I have a number in mind for a bank balance which will give me the security to chase some highly questionable, financially non-viable, ideas of my own and I remind myself of this number probably every day.

However, recently I heard an interview with the former CEO of Novartis, Daniel Vasella, who retired with a net worth north of $100M.  He said that as he made more money he got more obsessed with the money, rather than what it could do.  And consequently he wasn't any happier the more he made.
And then this past weekend I hung out with some old friends from undergrad whose personal stories echoed a similar finding.  Both pursued very different career paths from me.  One friend has effectively retired due to a semi-passive income stream that is fairly steady.  But he told me he is now seeking work in order to remain busy and boredom was his driving factor.  And my other friend, who is in a "safe" but non-challenging job that pays reasonably well, said that he sometimes would like to be challenged more than at his current job.  Both had achieved a good measure of financial security and had a relatively good social life yet neither was completely at peace with themselves.
Now, most of us know that purely monetary goals are not fulfilling but what these stories hint at is that any goal, once achieved, can be disorienting as what does the person do after the goal is achieved?  I wonder if when I get to my goal will I too will find it meaningless?  Will it be too late to pursue those crazy ideas I have because of my age, or the other responsibilities I've gained in the intervening years?  Or will those ideas turn out to be terrible and I'll find myself bored?  Or will I just be lost and unsure of what to do next?
What these stories may suggest is that goals are good at focusing one's efforts but ultimately we have to find satisfaction within the daily routine of our lives - whatever that may involve.  (Not least because so much of life is luck and so much of success is repeated practice over many years to master a discipline).  The minutia of life hide within it much beauty but perhaps we are too focused on our future goals to take notice.  Indeed, I wonder if we should applaud not the CEO or stellar goal-achiever but rather the person who can do the same job day after day, for decades, with a genuine smile, for they may have discovered the secret to being at peace with themselves.  And maybe that's the real goal to aspire to.