What makes a great manager - balance

There's a scene in The Karate Kid that many of you may remember.  Mr. Miyagi asks Daniel, the boy he's training to be a fighter, to balance on either side of a small row boat and practice some blocking techniques.  As Daniel balances on the boat he whines about when he's going to learn to punch and kick.  Mr. Miyagi replies that learning to balance is most important and the prerequisite to further techniques.  And then as if to burn that principle into his head Mr. Miyagi rocks the row boat sharply and Daniel loses his balance falling into the frigid water.  We all need a Mr. Miyagi in life no?
Recently I realized that balance is crucial to every facet of life and particularly as a manager.  And the reason I came to this realization was because I myself was not balanced in my dealings and that had negatively affected me throughout my career. 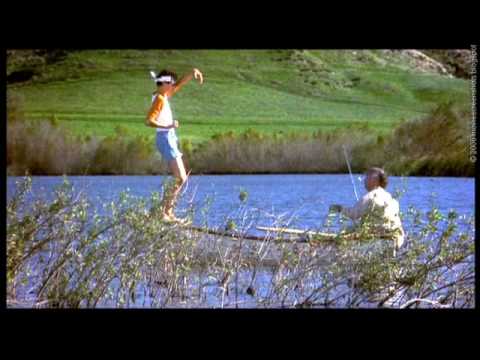 Like most of us I appreciate the confidence and clarity that leaders demonstrate, even if they are not always certain.  But over the years I've realized that life is not black and white and there is a whole lot of gray because life is complex and answers are seldom universally applicable.  Cultural norms, timing, environmental variables, imperfect data - all drive outcomes yet we cannot control them or even account for them.
This idea that decisions may not have obvious answers is particularly evident at the executive level; our CEO is fond of saying "there are no easy questions at this level".  To make a good decision you have to legitimately consider multiple sides of the issue and balance the arguments of every party involved - all of whom probably know the issue better than you do.  Seen from the perspective of the battling parties the person making the decision may seem indecisive, wishy-washy, or even dumb for not having a strong opinion on what is so obvious an answer from their viewpoint.
I myself used to quietly deride those who flip-flopped on opinions only to realize much later that this tainted my interactions with them in a way that they could sometimes detect.  And that probably made me lose the respect of friends and colleagues in a subtle but ever so important way.
Only now do I appreciate how one needs to be flexible and change course, even in the face of public humiliation, if new evidence supports a different decision.  More than any individual skill, being a manager appears to require constantly evaluating the balance created by a solution and if that goes out of whack being unafraid to admit your mistake and say "I made the best decision I could at the time but it's now time to revist that decision because it may not be right."
When it comes to working with other companies this principle of balance is once again central to finding success in a most difficult task - partnering.  Most partnerships fail because the balance of rewards is skewed in favour of one party.  In order to be a successful partnership you really want equal rewards to both parties or, in case of doubt, 49%:51% in favour of the other party[1].  Almost no one I've met in the business development world truly thinks of such 50:50 outcomes and most of us probably have a sneaky sense that one party is trying to get the lion's share of profits in a deal.  Is it any surprise then that most partnerships fail?
All this talk of balancing viewpoints can sometimes lead to the cliche of "analysis paralysis" or the tendency to avoid making a crisp decision as you become ever more uncertain with data pouring in.  But just as you have to balance the various perspectives so too must you balance analysis and decision because inaction is sometimes, perhaps even most times, worse than the wrong decision.
I can't remember where I read this but someone said mankind advances in fits and spurts as we lurch from one disaster to the next, only ever making decisions when forced by circumstances.  Or at least that's how I remember it.  My conclusion from this is that decisions, especially when forced, are probably not perfect but humans adapt and even thrive if sufficiently more folks come out ahead in the short and long run.
As you can probably guess, striking a balance isn't as exciting as going full tilt in one direction.  Striking a balance is probably not going to get teams excited and may even lose you admirers in every camp.  But I've realized that striking a balance is actually what being a manager and executive is really about.
[1] Paraphrasing Intuit CEO Brad Smith
[2] At HubSpot many execs communicate visually, and often draw a line representing the spectrum of options in a given situation.  This visual is great at communciating with the broader team but also illustrates the idea of balance in decision making.