When confidence trumps competence in the workplace

Ask any individual what they admire about a leader and invariably their description will include “confidence”.  People love to be around those that exude confidence.  Confidence is the trait that appears to trump all else when leaders are evaluated (and conversely, as I learned far too often during my dating years, “nice guys finish last”).  This makes sense – after all, who wants to follow, or date, someone who is unsure of themselves?  I recall a recent quote from a tech CEO where he said that he values most in candidates creativity, cleverness and confidence. 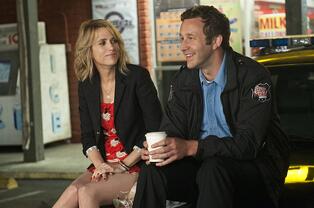 However, countless scientific studies show that humans overestimate their influence on a particular outcome and are in essence overconfident.  In social science the phenomenon is called Fundamental Attribution Error and is defined as:

Extending this reasoning, people tend to believe that their abilities played a larger role in a particular achievement and underplay the role of the environment in that outcome.

I first learned about the above phenomenon in an organizational behavior class during business school and in the years since, as I’ve reviewed my own career successes and failures, I’ve concluded that luck played a far larger role than I’d realized.

Knowing this raises the question – how can one be confident when they realize that they can control only a few variables of a problem and that the largest determinant of success or failure is outside their hands?

Given our rapidly changing world long discussion of the options at hand, or “analysis-paralysis” as some people lament, is not usually permissible or appropriate except perhaps in long-range research or non-critical situations involving human lives.  Hence, in the business world the answer is to be overconfident and maybe even somewhat ignorant of the situation at hand.  Because when faced with a problem with many options people would rather follow a leader in one firm direction even if that direction leads to a suboptimal answer.

There is a social science observation for overconfidence known as the Dunning-Kruger effect.  The idea cites Charles Darwin as a historical reference after he said “ignorance more frequently begets confidence than does knowledge” and Bertrand Russell, the brilliant philosopher and mathematician, who said “one of the painful things about our time is that those who feel certainty are stupid, and those with any imagination and understanding are filled with doubt and indecision.”

The above is not meant to be cynical.  Rather it should help one realize that their seemingly overconfident colleague is not always correct.  However, in the interest of getting things done where there is probably insufficent data to prove conclusively any single course of action, your colleague may very well be right to push towards an unproven solution, test assertions along the way, and adjust as needed, ideally towards the best answer.  And, in order to be a business leader, you may need to project this confidence as well.

My mother, a teacher who has taught on multiple continents, sometimes says that in America they teach you to be confident while in the rest of the world they teach you to be competent.  There’s some truth to this statement but rather than take on the merits, or lack thereof, with our education system I have decided to accept this observation and gauge my confidence, and the confidence of those around me, accordingly.  I'd like to hear from readers what they think of this approach.