Failing for the first time in your 40s

When I was in my first startup in 2002, I was trying to convince my boss Milan, the VP of engineering, to let me go to India and set up our offshore development team. I was 25 and had never worked outside the North America. Milan asked me if I’d ever failed at anything before. I said “sure, I’ve failed at exams, at getting some promotions, at getting into grad school etc” but he didn’t react and I felt like I didn’t answer his question correctly. 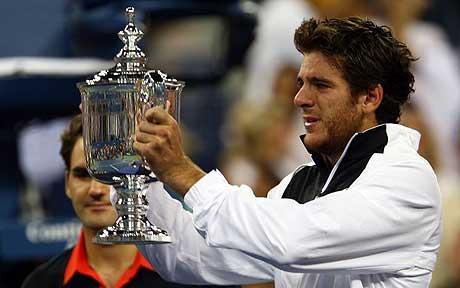 A few years later, in 2009, I happened to be in Las Vegas with some colleagues watching the finals of the US open. The Argentinian Juan Martin del Potro beat Roger Federer to win his first and only grand slam. Unable to control his emotions he burst into tears. I turned to my boss, Dave, and said “why is the dude crying” to which Dave said “Arjun, have you ever won anything in your life?” We all laughed but I had a feeling that I had never really won anything big, and that maybe I hadn’t really ever failed big either.

I’m 41 now and have been running my start-up for about two and a half years. I’ve failed at several things but distinctly on the first 3 ideas I’ve had for the company. I’ve also failed to hire the right talent, to motivate them the right way, to invest money wisely, to build compelling products, and to get press - all of which I thought I was good at. I’ve learned along the way and am better at most of these now but the grind has broken me physically and the failures have almost broken me mentally.

Things are starting to look better now but I don't know if I'll find success. But I do know what it means to give it your all and still fail. And regardless of the outcome I suspect I will weep simply for having survived this self-inflicted ordeal.

After publishing this post I heard from a few founders with words of support. I'm very grateful. When I talk to other founders I realize that so many posts about Silicon Valley paint an awfully skewed picture.

This tweet on how much of a scam startups are, or that famous post from Techcrunch's Michael Arrington on how many founders just want to raise and flip a company... these belittle the vast majority of folks in the startup ecosystem - founders, employees, investors - who are working insanely hard to build something valuable. I salute everyone that tries and am in awe of everyone that achieves any modicum of success.