Why the executive team at a company is like the NBA

When I recently joined HubSpot as a VP I was excited for a number of reasons, particularly the chance to work with a phenomenal executive team whom I'd met during the interviews.  I knew the role would entail long hours but I did not realize exactly what kind of commitment I had signed up for then. 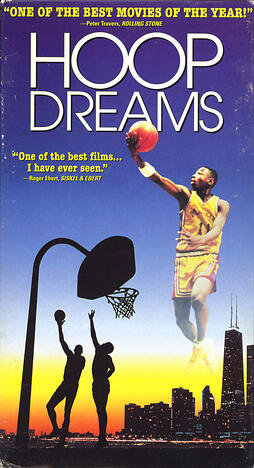 A few weeks into the job, at a new hire lunch with HubSpot's co-founders, an employee asked our CEO "how do you balance work & life?"  Brian thought for a second and said "I'm not sure how; I don't know that it's possible."  I was surprised and piped up that I knew other CEOs who find ways to spend time with their families and yet work long hours.  But I missed the point Brian was implicitly making.  That while you can balance work and life for a period of time, it's a precarious setup and, at least at the executive level, you will have to put work first at some point.

Indeed, when I met my former CEO and mentor Francis DeSouza recently, he said something similar: being in the executive team at a company - startup or Fortune 500 - is like making the NBA.  It's tough to make it and once you're there you can't say "I won't travel for away games" or "I had a great season last year so I'm going to take it easy this year."  There's always more you can practice your jump shot and more video footage of the opponents you can study and if you don't there's a huge list of people more than happy to take your spot on the team.  Similarly there's always more follow-up you can do, more analysis/research you can conduct and more travel you can do to meet yet more customers, partners or employees.

Of course, burn out is a risk and I've found that past 60-65 hrs/week my output tends to degrade in quality.  But as much as I'm a strong believer in quality over quantity there's just no getting around the fact that work never ends at this level.

This sounds bleak but it isn't meant to be.  Indeed, there are several aspects of being management that are fun - more control over what you do, ability to execute at a greater scale because you have to team to work with, working with incredible teammates whom you learn from everyday etc.  But it's an all-encompassing job that I don't know how to turn off - even at night.

Blackberrys, 24/7 operations and round-the-world-development can be blamed but the reality is that as part of the executive team you are building a company, not just doing a job.  Talk to any business owner from time immemorial and they'll tell you that their mind is always at work because being a business owner is who they are.  Sure you'll have a social life with friends and go to your kid's soccer games but you likely won't make every event because you can't make that commitment.  And it's that lack of predictability that proves your allegiance to the NBA first.

I am still thrilled to be in the NBA and knowing what I know now I worry less about that elusive work/life balance.  Someday I will drop out of this league but it'll hopefully be my choice.  It'll be nice to have a World Championship ring or two by then.

I was reading an article by Jeff Atwood on why not to become a programmer and it occurred to me that the difference between people in the NBA and the minor leagues is that in the NBA the players either have always loved what they are doing or have found a way to love what they are doing.  Contrast that with the minor leagues where players may like their basketball careers but also admit to other interests at a comparable level.

Similarly at the executive level of a company you tend to find people who really love their role, or claim to (sometimes fooling themselves).  So if you don't love your role perhaps this is an indiciation not to seek a promotion in that same line.