Perhaps the most alarming statement an Indian-born adolescent can make to his parents is that he is going to study liberal arts at college.  "What was that son?!"  "You're not choosing from the holy triumvirate of engineering/medicine/economics?" (the last one only recently gaining popularity with the rise of investment banking but still somewhat looked upon suspiciously).  When asked why one would make such an incredulous choice the answer "it's what I love doing" is almost certain to be met with a smack upside the head.  Yet growing up in America choosing a career you love is exactly what you're taught to search for.  Which is right and when? 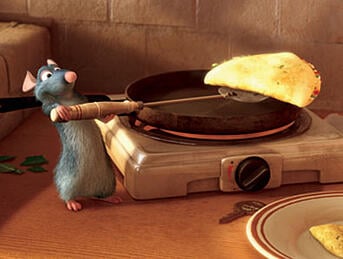 In most eastern countries, a liberal arts degree is seen as having no viable career options.  For a contrarian viewpoint NYT columnist David Brooks wrote a brilliant article on why the skills gained in a liberal arts education can help one succeed in any field.  But there's no denying that this background does not easily lend itself to getting a job with decent pay coming out of undergrad.  And in eastern countries, where most families, including mine, are no more than a generation or two separated from poverty, the only sane goal is getting "a" job with decent pay.

So when I was lamenting to my father recently that I shouldn't blindly have chosen computer engineering but rather have followed my dream (still unknown but oscillating between acting, architecture and journalism) my father wished it were still okay to smack upside the head a 34 year old.

To understand why, my father recited the tale of how he picked his career.  No stories of walking in chest-high snow uphill both ways to school (this is India so perhaps knee high rain) but he did walk barefoot every day to and from school.  When he was to choose his undergrad major he picked actuaries because he had good grades in mathematics and the insurance field seemed to be a safe career bet.  Nevermind that he had also got into one of the most prestigious engineering schools in India - Indian Institute of Science - he didn't even consider it because he couldn't afford the paltry $20/semester tuition (inflation adjusted) while he got a full scholarship to study actuaries.

A week before classes were to start my father visited Bangalore from Chennai to see my grandfather, who was stationed there for work.  Being a Sunday he had a few hours to spare and so decided to tour the city.  While he was away my grandfather had a casual chat with a coworker and when he disclosed that my father wasn't going to IIS because of the tuition the man nearly fell off his chair.  He pleaded with my grandfather not to make such a grave mistake and finally offered to foot the bill for my father's tuition.  So, when my father came back from his little walkabout his fate had been decided and he was to be an engineer.

With this background it's easy to see why he found my idea of chasing a career for love and true passion absurd.  But he also put in his 45 years of relentless work and as we talked he understood the risk of spending half your waking hours in a role that made you miserable.  And the more we talked the more we discovered that the real breakthroughs in any field come mainly from people who do love their career.

So - is a career a means-to-an-end or a way to write a page in history?  How and when does one balance the search for their career passion with the economic realities of their life, like putting food on the table for their family?  Is it fair that the passionate artist who works dawn to proverbial dusk has almost no chance of earning a decent living but the ardent engineer almost certainly will?  How does one make such an important decision so early in life, when they likely don't even know what they love, and not regret it after decades in that field?

These questions continue to vex me and I don't have any neat career advice to offer up.  So I ask you readers, what do you think?