There's a cliché when it comes to job hunting: "it's not what you know but who you know."  Of late I've been thinking if and when this is actually true.

Early in one's career the cliché is probably less true.  I landed my first couple jobs not because I knew someone at that company but because of whatever skills/credentials I had (until they found out I actually didn't have those skills but by then it was too late... ha ha, suckers!  kidding).  And this experience seemed true of my classmates and most other people I've worked with.  Indeed, early in their careers most people seem to be hired for what they know. 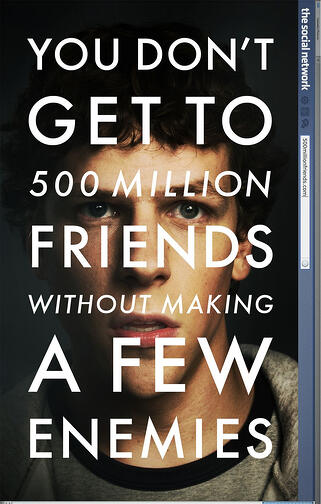 However, right around the age of 30-35 that equation changes and you do indeed start landing jobs more for who you know.  Your resume, while still required, starts to lose its relevance as you network your way into jobs.  Why is this?

You probably still possess the skills you did 5 years earlier (if a bit rusty).  Is it because you're likely going for a higher position, of which there are fewer such posts?  I don't believe so.

My hypothesis is that by the age of 35 the "what you know" part largely evens out among you and your peers.  Regardless of where you start - at an internationally recognized college like MIT or at a state college like UMass - after ~10 years (or approximately 10000 hrs) of disciplined and focused work graduates from the two schools are likely similar in skill set.  MIT's tighter acceptance rate may indicate that their student is smarter, at least in a quantitative/test-taking sense, but on the skill set question there is far less separating the two at that time.

So if you're the same as everyone else 10 years out of school now what?  At that point most do look to "network" and find the next gig.  But even here some people's networks are better than others - why is this?

No doubt exposure to more people helps with connections - especially in today's era of social networks.  But as I compare my classmates at Stanford, all of whom are exposed to the same ~300 bright students, it's clear that some have stronger networks than others.

I believe my classmates who have the strongest network are those who regard their network as real friends (i.e., not Facebook friends) who they wish to stay connected to; friends whom they might be of service to at some point - not the other way around.  Hence building a strong network of friends and acquaintances has more to do with "soft" skills like a genuine unselfish approach to making friends and putting in the effort to staying in touch with them.  When combined with traits like integrity and charisma (things our parents espouse when we are too young to appreciate their importance) your friends learn about the real you, understand when you might be a good fit for a particular job, and are willing to recommend you for a job.

So to land your dream job it does matter who you know, but only insofar as you genuinely care to know them in the first place.