Bad news – you’re not indispensible as you thought

One of the most surprising, if pathetically humbling, realizations I’ve had is that every time I’ve left a company it continued to run just fine without me.  Indeed, the very day I announced my resignation at my last three jobs and provided two weeks’ notice, I’ve always noticed an immediate drop in email correspondence and an implicit meeting cadence as though I am no longer working there. 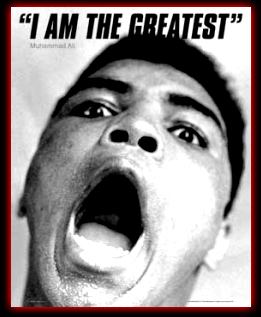 The idea that I am indispensible is arrogant to begin with but perhaps not so unusual in light of popular books like Seth Godin’s Linchpin.  In spite of my hard work and generally strong job evaluations/promotions etc, perhaps I never became the linchpin as Seth advises because I was not artful enough.  My own hypothesis is that I didn’t become that indispensible because:

On #2 I can think of Steve Jobs and certainly a portion of the world believes that Apple will suffer without his presence.  That is a possibility but it implies that he’s lousy at leadership development and has actually built nothing sustainable.  I doubt this idea and believe that unlike the first time he left Apple (when he was really young and immature as a manager) he has recruited and built a few capable managers and perhaps even visionaries that can carry on his work.  It may not be exactly as Steve would do but Apple might very well turn out different and even better products someday.

Still, an underlying idea in Godin’s book, and to some degree in much of popular western culture, is that of the importance of ego – of “me” - the idea that each of us is unique and should find a way to shine, sometimes at the expense of others. But two recent articles from highly respected writers suggest that this might be unwise.

The first is from NYT columnist David Brooks in a thought provoking piece that suggests “the purpose in life is not to find yourself. It’s to lose yourself.”  Brooks refers in his article to another favourite writer of mine, Atul Gawande, a prolific physician and journalist for The New Yorker writer who recently delivered a powerful and unorthodox commencement speech at my alma mater Stanford urging doctors to learn to work in teams rather than as “cowboys” because the future of medicine – both in patient care quality and in affordable healthcare – depended on this idea.

Brooks and Gawande are not suggesting that individuals are not special, or that we should accept mediocrity and just aim to be average.  Rather their career advice is to caution us against the idea that “I am so unique and only I can do something.”  I think such humility will help us be better employees, managers and general team players.