Out of Sight = Out of Mind; Why Working Remote is a Bad Idea

When I worked at IMlogic, a Boston based startup,  I had the chance to setup a new office in India.  The experience was incredible, for a variety of professional and personal reasons and I am very happy I did it.  However, one lesson I learned during the 6 months in India is the old cliché – “out of sight, out of mind.”  This has forever shaped how I chose the location of my job. 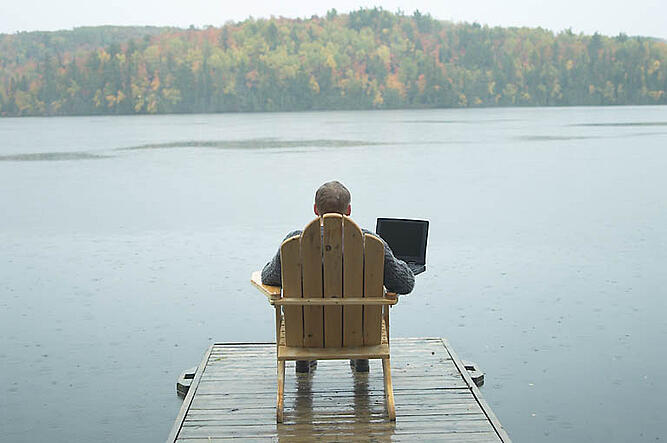 Even though I had been an early employee at IMlogic and was integral to almost every hire and major decision in the engineering team, as soon as I was in India I was no longer in the loop on key decisions.  I know this wasn’t a conscious move on the part of my colleagues but rather a natural outcome of my being physically remote.  By all accounts I was making excellent progress in India and our team was vital to the product team’s ability to deliver but being so far away from the VP of Engineering and having a ten hour time difference meant there was only so much he would think about my situation.

Mind you, this was in the era of instant messaging, desktop webcam and near-zero international telephone rates.  But ultimately there is no substitute for physical presence and you invariably miss out on random but important hallway chats, impromptu meetings, and even social events that strengthen relationships.

Since then I’ve realized that if you want to progress professionally you should endeavor to stay close to where the seat of power is.  In most organizations that rests with the CEO or primary product creator, but for some mature companies that may be with the CFO, or in the case of a conglomerate, in the location of the GM that heads either the fastest growing group or highest grossing group.  There are exceptions to this guideline, such as special projects, and certainly I would still go to India on that project knowing what I know now, but it's unwise to be away for too long.