For the latter half of the twentieth century the path to a solid middle class lifestyle was to get a college degree, join a Fortune 500 firm and work there for the next forty years or so, banking away a pension for a healthy retirement.  That path ceased to be "safe" about a decade ago given the dramatic swings in the fortunes of big companies due, in part, to trends like globalization that have seen jobs come and go with alarming speed.  Job security is an oxymoron and I suspect in a few years, if not already, no matter what you study and what practical skills you gain there will be no guarantee for a “safe” career path anymore. 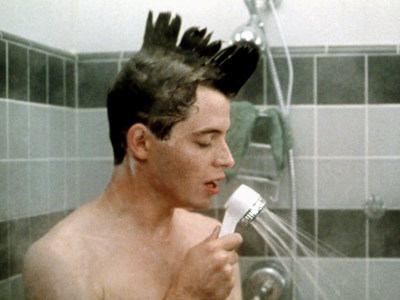 If you’re a parent thinking about what advice to give your child on career paths, or even if you’re just trying to figure that out your own career, what path do you pursue to have the best risk/reward balance?

I believe that in twenty years, or perhaps much sooner, the idea of getting a job will be an antiquated method of getting to the middle class.  Relying on some company to hire you after you’ve spent $300-500k for an undergraduate degree and possibly graduate school will seem like an insane idea.  Instead, what will seem like the “safe” path will be to start a company, or maybe a dozen.  Why?

The most obvious sign is that the capital to start a company is dropping every year as infrastructure gets cheaper, worldwide sourcing of labor further lowers costs, services exceed product revenues and the internet offers a market for the most niche of services.  For that same $300-500k in tuition you can probably start not one but a dozen companies at $25k each.  Surely that kind of successive attempts at enterpreneurship mitigates the high failure rate of startups?

Of course, not all businesses are 100% internet businesses and have such low startup costs.  But many businesses do, or will, have an internet facing presence that will continue to drive down costs.  Behind this facade there will remain a need for manufacturing, services etc but these blue collar ranks will be primarily to gain experience and not to build a career around.  Finally, businesses that require employees to have certifications like law, medicine, accounting, will still require exams to be passed but may not mandate how education is acquired and consequently may even inspire more of these professionals to strike out on their own earlier. [1]

College today serves two purposes: (a) gain knowledge that was hard to acquire elsewhere, ideally in the company of other talented individuals and (b) serve as a recruiting filter, particularly when large firms are hiring.  Neither of these reasons is likely to remain valid much longer as outlined by Clay Christensen, a professor at Havard Business School.

With the internet containing far more knowledge than any classroom, and in formats much better than traditional teaching, (Khan Academy or the 2000 free online courses from premier schools like MIT are possibly better options than sitting with 100s of students listening to professors who care more about research than teaching) you need not go to college anymore to learn - if you’re motivated and disciplined enough to learn on the Internet.  [2]

Indeed, I expect that my children will likely know how to program by age 12 (see fabulous resources like Invent With Python that teaches kids to program simple games as their first forray into programming) and will be adept at running a P&L long before they can vote because they would have grown up starting so many ventures, from lemonade stands to doing programming for hire, that it will seem second nature to them.

As for the recruiting filter that college serves, that becomes irrelevant if you’re starting your own firm(s).  Of course, not everyone will want to start a firm, even in this new lower risk environment.  But even for these people, the idea of "building a resume with known brands" will seem like a quaint idea as they will instead build their personal brand based on their measurable achievements to date.  This may make recruting harder as you can't screen by simple brand filters but that only matters if you're recruiting at a large scale.  I wonder if the future holds more promise for smaller, nimble companies that recruit fast (and rely less on brand filters and more on referrals from an increasingly connected social network) than it does for slow lumbering companies.  These companies may die fast as well once their purpose is served and other companies supercedes them starting with different sets of assumptions (a fine repetative outcome).

I realize I’m coming dangerously close to Peter Thiel’s ideas, which I used to think were grossly irresponsible but now I'm less sure that he was wrong.  Perhaps Thiel was just be a bit ahead of his time.  Regardless, I recognize that the above thesis has more speculation than facts.  So, I ask you readers, what do you think?  Is starting a business the "safe" career option of the future?

[1] One concern I cannot address is how deep research, the kind that takes years to find a breakthrough, will be funded in such an environment.  Pharmaceutical, aerospace etc need sustained research and a huge amount of capital to see results - what happens to these fields in such an environment?

[2] I suspect a similar argument was made when libraries became popular but higher education persisted and even thrived when all the knowledge could be had for free.  While the internet offers interactive features that make it a better teacher than a dusty book in a library I do admit that the lack of peers studying alongside, in person, is lost when we move to an all-digital learning environment.  Much learning happens with peers so perhaps this is one reason to still go to college (but not necessarily justifying the expense).