Vipassana: 10 days of solitary confinement and insights gained from it

Just after Christmas of 2012 I was able to complete a long time goal of mine to attend the 10-day meditation retreat of Vipassana.  The course is secular even though its meditation technique is from Gautama Buddha.  My parents and sister had done this course in the past and experienced benefits so I wanted to find out if it could do the same for me.  Turns out I gained benefits but not ones I expected and the process was anything but a retreat. 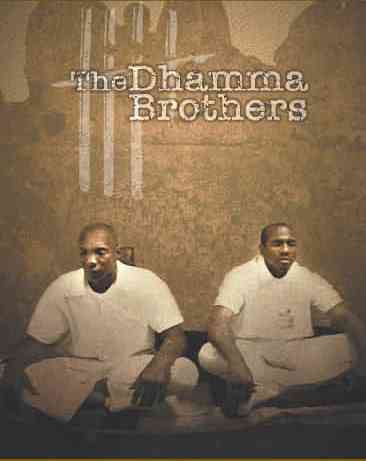 The free 10-day course of Vipassana is meant to simulate a monk's life - both in its contemplative and hermit nature.  Hence there is total silence for the duration of the course, complete separation of the sexes, no communication even via glances at others, no media - print, music or otherwise, a spartan vegetarian diet of two meals each day and no exercise allowed that's visible to anyone else.  i.e. the only thing to do is meditate for 10 hours a day starting at 4:30am.  The sudden isolation from everything I was accustom to was incredibly painful but necessary for what was to come next.
Vipassana helps one see that the source of misery is cravings or aversions to something.  The technique shows that just as your breath and sensations on your body come and go, so too do these aversions and cravings.  If you can train yourself to observe these changes in your body then you can avoid reacting to cravings and aversions with ignorance and act with knowledge instead.  I was able to reach this observational capability but it takes years of training to get to the point of being so disciplined on acting versus reacting.  Nevertheless I recognized that I had a particular aversion which was at the heart of much of my unrest.

I realized that I had an deep attachment to my family and hence immense aversion to having anyone in my family die, particularly my parents.  In Vipassana you learn that few can fully repay the debt of gratitude we owe our parents and during the course I had a bizarre fear that I might never get to even thank my parents for all they've done for me. [1]

In the US, and probably in most parts of the world, talking of death is taboo, much less planning for it... you're instantly branded morbid.  (As an aside, selling life insurance must be one rough job).  Most aversions are rooted in fear and the ultimate fear for many is death, be it theirs or of their loved ones.  I realized that as long as I had this fear, and the associated guilt of not doing enough for and with my family while they are alive, my mind would not be calm.

Many people offer advice to live each day like your last.  The trouble is there's a high probability today isn't your last day and you do need to plan for the future.  More practical advice I believe is (a) to accept that each of us must die some day and (b) every moment in time, along with its people and environment, is unique IF you slow down enough to observe it.  Over the ten days I thought much about these two facts and decided to slow down and enjoy as as many moments as possible, especially when family and friends are present, and hold no grudges over past events.  (This meant no multi-tasking while on calls with family!)  My first calls at the end of the ten days were to every member in my family to tell them I loved them completely with nothing expected in return.  A great feeling of calm came over me at that point... nothing extrodinary per se but a feeling of being at peace with myself. I know that when a member of my family passes it will still be hard and I may grieve for a long time.  But I hope that Vipassana will make that experience a little more tolerable and less likely to destroy me as I used to fear it would.  For a long time I've reminded myself everyday in prayer to be thankful for what I have.  Now I'm actually living like I'm thankful as well.

[1] When my family migrated to Canada my parents had to restart their successful careers with entry-level jobs, while in their mid-40s.  My parents literally worked round the clock, often carrying more than one job, and my sister and I seldom saw them.  They suffered under wretched bosses, for modest wages, sometimes doing manual labour yet with nary a complaint.  I didn't even realize until years later that we lived in low-income housing.  Through sheer effort their careers took off reaching greater heights than before but I never forgot what they went through.  I've done some things in my career that may look impressive on paper but the thing I am most proud of is asking my parents to live with my wife and I so they finish out their days with us.

[2] 100 hours of meditation gives you much time to reflect and my thoughts came in various themes.  Day 1 had me itching to be more productive and getting work done.  Day 2 had me missing family, particularly my wife and son.  Day 3 brought up memories of every girl that I've ever been interested in (far too many).  Days 5 and 6 were ones I most felt like I was going to run away (to be fair, I wanted to run away ever day but those two days were the worst).  Day 7 I cracked and started singing to myself... turns out I don't know the full lyrics to any of single song.

I had named Day 8 as "Ben Casnocha day" as I recall a blog post the internet entrepreneur wrote on his experience with Vipassana where he had a breakthrough on day 8... though I couldn't remember the breakthrough or anything else from the post as I never actually read it but I just wanted something to look forward to that was closer than day 10.  So I divided life during the course into PBCD and ABCD: Pre- Ben Casnocha Day and After- Ben Casnocha day, celebrating every PBCD day as it went by.

When in solitary I imagine most people do things to keep your spirits up... I gave everyone nicknames, such as Sideshow Bob for my lanky 6 foot 4 roommate with dreadlocks and Mr. Miyagi for the Asian guy who sat in front of me in the meditation hall and never moved during a sitting.  One guy wore a hoodie all the time so naturally he became "Iranian refugee."  (I later found out he was Mexican).

Jokes aside, Vipassana's observational technique helps you focus your mind during meditation... previously mine couldn't stay on track for longer than 10 seconds but now I can confidently keep it focused for an hour should I chose.  Pretty cool.  That said, I doubt I'll continue the required practice of meditating two hours a day; maybe 30 minutes but I don't think I have the commitment nor compunction to do so in my life yet.  Lets hope there's a longer lasting impact of this experience than the scruffy beard I grew during the 10 days.

[3] One of Vipassana's guiding priciples is to speak the truth, always.  This is much harder than it sounds.  Even exaggerations and use of hyperbole, which some of us do every day, are not permissible.  Indeed, this is why silence is maintained during the 10-days.

Since coming back from the course I've tried to speak the truth more often, especially with family.  This can get tricky, particularly because sometimes my view of the truth may be inaccurate or incomplete.  And sometimes a little lie seems easier than hurting someone's feelings or starting what seems like an unnecessary argument.

But I know that this is just cowardice on my part and I need to see and speak the truth, while keeping an open mind of what others may see as truth, so that I remain in the present with reality.  (On a professional side-note, I greatly admire my current boss, Brian Halligan, for his ability to see the truth of every business situation even if it's often not positive for our company).

[4] One of my most valuable learnings from Vipassana was the unimportance of "self" or ego.  Too often in life we are trying to make a name for ourselves and have others recognize that and respect us for it.  In the grand scheme of life, however, we are all insignificant - as evidenced by the fact that we all die after more or less the same time on earth.  Hence the sooner one recognizes this the sooner they stop trying to have others recognize them and are happy to serve others while taking care of their personal/family needs.

This has been particularly important for me as I've sought out my place on the management team at HubSpot.  I am now happy to be part of the team, willing to do what's needed, confident in my abilities and no longer craving of recognition.