A month ago my role at HubSpot expanded to include the VAR (Value Added Reseller) team with responsibility for about 30 people.  It's been two years since I managed a sizable team and during this past month I remembered how rewarding and fun it is to be a manager.  Before this change to my role I had just one direct report and was, in some respects, an enterprise sales representative with the quota of my sole report rolling up to me.  And I realize now that management is in some ways easier than being a front-line sales rep. 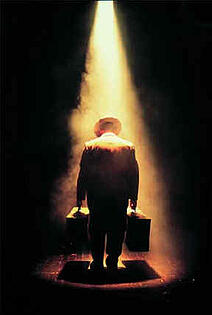 For the past two years at HubSpot I've spent nearly all my time outside the building.  Everyday I was either on the phone or on the road, speaking with potential and current partners.  Working outside the building, versus inside the building as I am now, has a few aspects that make it a challenge:
1. When I was working outside the office I found that no two prospects were identical.  Each person I met had a personality, history, pain point, goal and particular work environment with its political structure that combined to make the person unique - and I had about an hour to figure all this out and if and how I could help.  This meant extensive preparation before each meeting, using formal and informal sources, to guess at answers beforehand so I could advance the deal quicker.  During my second year I had built a playbook so planning got a little easier but the challenge of how to grow quota next year remained omnipresent and after a full day of meetings my face and brain physically hurt.
In contrast, working inside the office I notice now that most people I encounter are operating under similar assumptions and environment to me and I need not plan for every interaction as much.  Colleagues are generally aligned with the same professional goals and discussions are more about getting things done than figuring out where everyone stands and why.  My day is still hectic but my litmus test of face pain tells me this is a little easier than working outside the building.
2. Outside the building my rank or title doesn't count for much.  No one is obligated to follow my directives even with my VP title so I have to build trust and convince people to follow me.  Contrast this with inside the building where my title can make it a little easier to get things done.  Of course no one follows a title alone for a long period and I still need to maintain the respect of my team but relatively speaking it's easier to get colleagues inside a building to do what I want than to get folks outside the building to follow me.
3. Inside the building I'm generally spending money versus when I'm outside the building and bringing money in.  Spending money wisely requires thoughtfulness, and in a company like HubSpot that us metrics driven, requires me to prove the ROI of spend.  However, as long as spend is supplemental to an existing area, versus a new investment in an area where we have no track record, this is easier than bringing in money. This is partly why analysis of past performance and determining future direction is easier, in my opinion, than bringing in money. [1]
The above is not meant to suggest that working inside the building implies having an easy job.  I learned a long time ago that every job has its challenges and usually exists for a good reason.  Even entry-level jobs require that the person fight the drudgery of monotony each day, and for little pay; a different kind of challenge than being senior staff but no less demanding over time.  Similarly a manager has her share of challenges like working through intra-team conflict, customizing coaching and diligently training each team member to achieve their best, balancing skills and resources as you grow your team while not missing your numbers etc.  But I submit that this is easier in some ways than the job of the front-line rep who lives outside the building and encounters a new scenario each day.
Notes:
[1] Analyzing past performance and setting strategy in senior management is challenging in a different way.  When I was part of the executive team at HubSpot, every few months we grappled with a decision that seemed to require we bet the whole firm on a direction.  Even with much data in hand these were decisions with no obvious solutions and were stressful to say the least.  Though I was a strategy consultant at BCG it's only now, as part of the executive team at HubSpot, that I understand what strategy means.  And contrary to what I believed early in my career, strategy is seldom glamourous and never certain.  It takes a unique internal constitution to live with this kind of uncertainty every day; I'm not sure I possess that yet.