One of the more humbling experiences I've had at a job was when my boss Nancy Kamei at Intel Capital suggested that I didn't know how to write a proper business email.  This was in 2005, after 5 years of working, so I wasn't exactly a neophyte at email. 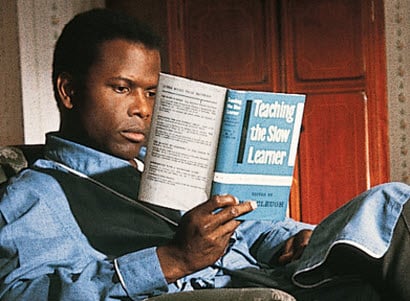 My embarrassment was somewhat reduced when I found out that Paul Romer, a brilliant and famous economics professor at my graduate school, Stanford, took the first few classes of his macroeconomics course to teach writing skills to his MBA students.  Grammar taught by an econ prof in an macroeconomics class!  As students, many of us thought his approach to be pedantic and out of place in the course but over the years I've come to appreciate why he did so.

Here are 5 tips that I've been fortunate to receive over the years, from bosses and teachers as well as through self-observation.  Hope they are of help to you in your career as well.

This one I credit to my Grade 12 high school English teacher.  Starting a sentence with "it" often makes it weaker and begs the grammatical question "what noun is 'it' replacing as a pronoun?"  Here's an example:

It was not an easy decision for Peter to accept the award. The 'it' is ambiguous... what noun is 'it' replacing? Instead:

Peter made the difficult decision to accept the award.  Simpler and more powerful.  Note change to affirmative as well "difficult" vs. "not easy".

The above example isn't great but trust me this one tip alone will make all your writing sound much better.  Implementing the tip takes discipline, and even I slip up every now and then, but force yourself to not start sentences with 'it' and you'll instantly be a better writer.

In the US in particular, I've often heard people say "I don't disagree with you."  What does that mean?  Why not just say "I agree?"  Or if it's not strict agreement say "I agree somewhat."  Speaking in the affirmative versus the negative is always more powerful.  And the double-negative just makes it harder for your listener to understand which side of a point you're on; does "I don't disagree" mean you are agreeing with me or not?

I'm a language geek and enjoy learning new words... it makes writing more beautiful.  But when it comes to business don't aim to show off your mastery of the language but rather get the point across.  Particularly when writing to non-native English speakers go for simple.  (This is true in oral communications as well; multi-part questions are the worst!).

Before sending any written communication, even a simple email, take a minute to review it for unnecessary words and sentences.  Without fail you'll find loads of unnecessary words, without which your sentences will sound more powerful.  Here's an example:

I really felt the most important decision we made at the meeting today was whether or not to expand in Europe.  Instead...

I felt the most important decision today was deciding to expand in Europe.  "really felt" and "felt" are the same; "meeting today" is unnecessary.  You can even go further...

The most important decision today was deciding to expand in Europe.  Words like "I felt" or "I think" are often unnecessary as it's clear whose opinion is being expressed and just makes your stance seem weaker.

As a rule of thumb if your sentence has more than 1 comma it's probably too long (not to mention you probably have a comma splice in there).

This one goes to my Grade 10 summer school English teacher.  I hated her, mostly because I was in summer school, but I never forgot how she berated me for using cliches.

Cliches are terrible crutches - they save you from being original.  For example when people say "she's on cloud nine" does that really describe anything?  Isn't it more beautiful to say something simple like "she was thrilled"?

Cliches can also stereotype a person unfairly.  Sometimes people remark "he's a lost soul."  You've heard that cliche so many times you may gloss over the issue but it probably understates what the person being discussed in going through.  Even an original "he's struggling to find what career will make him happy" is more descriptive and insightful.

As a bonus, here are some 3 email specific tips:

- Maximum 3 line emails to executives.  Most executives won't read an email past the first 3 sentences so within those say what you need and by when, what you'll do if you don't hear back, the impact to the exec because of this issue.  If you are going to write beyond 3 lines (to anyone really) break up paragraphs into 2-4 lines each for better visual readability.

- email less.  The more you send, the more you'll get in return.  And while many will eschew meetings often a phone or face-to-face meeting, even for a few minutes, can save dozens of emails.  Just come with an agenda and make sure everyone attending could leave with an action otherwise they are extraneous.

- check email only 3-4 times/day.  Deep thinking is a often necessary for creativity and email is the scourge of creativity.  If your job allows it, check emails only at specific times and otherwise shut off all interruptions so you can get work done as opposed to only helping others get their work done.