Why the US will prevail over China for decades to come 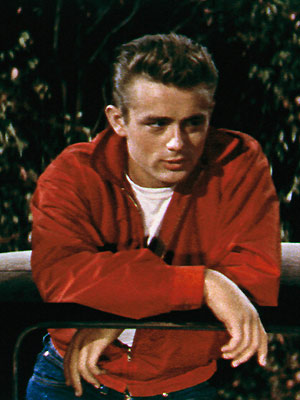 When I moved to the Canada in 1989 from Nigeria I’d hear such proclamations more frequently from teachers, fellow students and on TV.  I recall a Cosby show episode (at least I think it was The Cosby Show) where one of the little girls on the show boldly says she wants to be the president of the United States and Bill Cosby replies in earnest “well yes, you can be the president if you really want to be.”  Growing up in an Indian culture such a scene on a TV show would have garnered laughs, but for all the wrong reasons.

However, sometime in the last year or two I’ve actually come to believe that I can actually change the world.  Let’s be clear, I still don’t know what I want to change it to but the very fact that I believe I’m capable of such change is pretty amazing.

What I realize now is that almost everyone, perhaps without exception, who has achieved anything on a large scale reached this same conclusion.  The only difference was when they reached it.  For those that reached the conclusion early - from Ben Franklin to Sam Walton, Michael Jackson to Jim Henson, Steve Jobs to Mark Zuckerberg, they had so much more of their life to push boundaries that they never felt applied to them.

This singular idea that you can change the world no matter what your background is remains, what I believe, the biggest advantage of growing up in the US and why the US fosters so many legendary entrepreneurs.  These days there is so much talk of China surpassing the US and indeed China has achieved impressive feats.  But the hardest part of the US to replicate, or overtake, is getting its people to believe they can change the world around them.

Of course in most developing economies like China and India, many families are poor or no more than a generation or two away from poverty and hence its citizens often have modest ambitions.  But even as these countries become behemoths on a world economic scale, few of its top echelon and intellectuals believe they can change the world around them.  It's increasing to be sure, but at a far slower pace than all the hype about GDP growth and industrial output.

This is why, as the US economy stumbles along, its political system continues to exacerbate its citizens, its infrastructure doesn't keep pace with the rest of the world, its mass media gets stupider, the country will remain a fountain of innovation for at least a few more decades to come.

Epilogue: I came across the most incredible essay by Wesley Yang in the NYT Magazine on why Asian immigrants in the US excel at academics but not in the working world.  This is loosely related to the idea above but gives you a deep look into why the US remains ahead in many important ways.  Worth reading the full article.