Do you need to have a mission to be successful in your career?

What if lasting, world-changing, fame-achieving, happiness-producing achievement in one’s career comes only to those driven by a higher purpose – i.e. those that have a mission – versus those who chase success in any form? 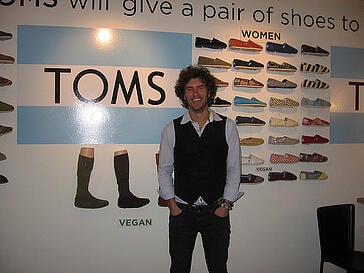 Sounds plausible but two potential problems with this idea:

But neither of these is accurate or conclusive.  Let’s start with the first issue: do you really need a cause to be successful?

I recently blogged about Ron Conway, a famous angel investor, who said “An entire generation of entrepreneurs are building dipshit companies and hoping that they sell to Google for $25 million.”  Ron meant many things in this statement but one takeaway is that you can achieve decent success, as defined by $25M, without having a cause.  But if you want the kind of success that changes the world, or forget that… the kind of success that makes you happy because you feel like you’re making a difference which may last after you die… then you need a cause higher than a $25M exit.

If that doesn’t convince you, there are several studies that show how lottery winners often return to the same levels of happiness prior to their winning the lottery.  The old adage that money doesn’t buy happiness remains true, even at $25M.  (although I think we’d all like to be proven wrong at least).

So you need to have a cause for which you dedicate your life otherwise you may be unhappy in the end, or worse, live vicariously through your kids and try to achieve through them what you never could.  Not that this ever happens (!)

On to the second issue: can you really make a difference on a huge level?

History is full of people who have made a difference at surprisingly large scales but not because they were always high achievers (see excellent article on late bloomers by Malcolm Gladwell).  Rather, when they found a mission they were passionate about they focused tirelessly and eventually made a dent in the universe.  Note that making a difference doesn't mean you have to be featured on national media.  Sometimes, just helping one indivdual in a deep, lasting way is as great an achievement as anything the greatest CEO has ever done.

There is no guarantee that you will be able to make a difference by focusing on your dream but there is a chance… more than the chance you will get just working at a random job trying to earn a high salary.

Ok, but what if you can’t make enough money solving your cause?  As I blogged earlier, a person earning $75k/yr is often as happy, or happier, than a person making $200k/yr.  The truth is you aren’t at the mercy of your current job and if you’re really good at solving your mission odds are you’ll make far more than $75k/yr.  Even if you don't know how good you are at solving your mission but could live on $75k/yr, would you choose another job?  (honestly, I don’t think I’m even here mentally; hard to make such a change with family obligations but I hope to work up to the courage someday soon).

Convinced?  If so, next problem.  How do you find your cause?  How will you know that your chosen cause is not a passing fancy but something you will try to fix for a long time?

HubSpot’s founder Dharmesh Shah recently said that great CEOs/founders are committed to the problem, not the solution.  This way they keep trying to solve the same problem for a long time till they feel satisfied that it's done.

I suspect this need for an internal drive at a raw level is why many a great company founder has been fired in their career… because that firing was often the catalyst for them going through this thought process and concluding “no way I’m going to this again; if I’m going to lose my job again someday I may as well be doing what I love.”

If the thinking exercise doesn’t identify your mission keep digging into your past history.  Search for all those urges when you wanted to solve something but suppressed the idea because it sounded crazy to others, it sounded like there was no money in it, everyone else at school was going to a “normal” career… maybe the answer lies in there somewhere.  I have no proof but I believe everyone can have a mission if they can just open up their minds to what really moves them.

I was recently reading an interview of Peter Thiel, whom I have had differences with in the past.  I do, however, empathize with his idea that conventional schooling destroys people’s ability to chase their dreams because it encourages group think.  This is why he wanted to attract bright kids with his Fellows fund before they join a conventional college.

“Play is one of life’s big macros—it’s an activity people love to do and do often. Zynga was founded on a deeply held passion for games that family and friends play together—connecting, collaborating, gifting, bragging, nurturing, admiring and sometimes just doing silly stuff together. Reality is, we all wish we had more time to play together.”

“At Zynga, we feel a personal connection to our games through our friends and family. I love that my brother in-law, who has five kids and no free time, religiously plays our game Words with Friends.”

I don’t know if everyone at the company believes these statements but I suspect CEO Mark Pincus does and that making “play” more prevalent in the world will make the world a better place.  A stretch you’d think for a gaming company that makes money from selling virtual goods, but not for him after you read his statement.  This kind of mission makes it likely that Mark will die happy, if not rich as well.