Is the MBA degree worth it? A non-economic argument

A Masters in Business Administration (MBA) degree has become quite popular in the last two decades with applications and enrollments exploding at hundreds of schools worldwide.  When awarded by a top school the degree is often seen as a reliable filter for identifying top talent and even otherwise it is seen as a way for professionals with any prior background to get a well rounded understanding of business.  Both of these are legitimate reasons to do an MBA - finding a good job and advancing up the career ladder - as well as my personal reason which was to allow flexibility in changing fields or at least provide insurance for doing so in the future. 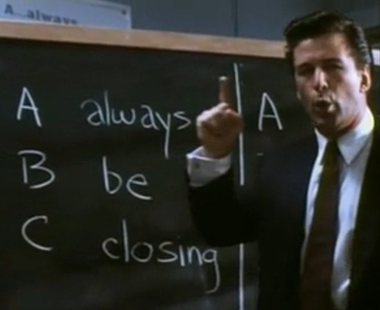 However, one thing that I didn't consider when going into my MBA is - am I intrinsically a business person?

To understand what being an intrinsic business person is, I'm going to borrow an idea from my homeland.  In India there are several castes, or lines of families, who are known to be business minded. Contrast this with my family line - like most south Indians - who are typically known for their bookish skills (being an engineer is preordained for most south Indians).

Growing up I never thought this mattered; after all the caste system is an antiquated and often denegrating concept and I grew up in the west where you can achieve whatever you want to regardless of your family background.

Fast foward twenty years later and as I am now firmly a "businessman" with my MBA.  Yet in my line of work I often run into people who are from business families and it's clear that we are not the same.  For all my book smarts and knowledge of finance, accounting, strategy etc, I sometimes feel like those who are intrinsically business people have a certain flair that I am missing.

This flair is often identified at an early age in the west. Perhaps they sold lemonade and invested the resulting proceeds rather than spent it all at the mall.  Perhaps they set up a business selling, re-selling, building, breaking, cleaning, fixing... anything that showed their entrepreneurial spirit.  Or, in India, often they were lucky to be in a family that was always "in business" and hence saw first hand what it meant to sniff out a deal, judge their opponent correctly, take calculated but bold risks and often be driven just for the money.  I've witnessed first hand the genuine business person both in India and in the west and it's clear that there's something different about what drives them.

Real business, as it turns out, is not at all glamourous. Many a famous business are founded on deals done on questionable terms and running a business seldom has any beautiful answers found in a spreadsheet or powerpoint deck - it's a lot of dirty work. But the genuine business man likes it all - negotiating a deal, closing a sale, and above all, collecting the money. He often isn't in it to build something unique but if that is the path to success then so be it.

Hence many MBAs coming from priviledged backgrounds/jobs seldom want to go into real business and instead join finance or consulting (or some other decidedly non-business effort where they can pontificate and not get their hands dirty).  What a waste of the degree. Wouldn't they have been better off with a Masters in Finance, or Marketing respectively, provided these degrees had the same signaling effect of a top-tier MBA?

Whatever well-rounded knowledge bases these jobs suggest they need can be learned on the job and don't need a two-year all-encompassing, and consequently shallow, degree like the MBA.  My guess is the geniune business person likely would not enroll in the MBA because they'd be too busy using that money to build a business.

This isn't to say that getting an MBA is only correct if you want to be an entrepreneur.  But before you pay $100,000+ for the degree it may be worth thinking - are you really a business person at heart?

PS: That said, I don't regret my decision to study an MBA and found the experience to be incredibly enlightening and fun.  It's a retirement vacation at an age when you can actually enjoy it.