All men are created equal - career advice from the constitution

Recently my boss tweeted: "To change the status quo you need to ruffle some feathers.  Get over it."  A good cliche that many would agree with [1].  Yet some of us, myself included, are shy to do so and until recently I wasn't sure why. 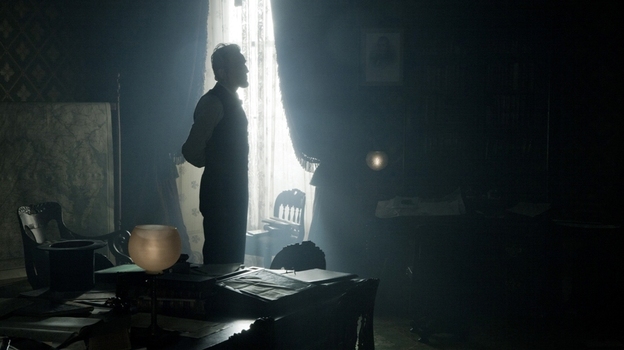 My first guess is I'm averse to confrontations and dislike conflict.  Later on I thought that it's because I know it's hard to be 100% sure of your position and I'd rather engage in a dialog than a fight.  (Aside: for some, the risks of a fight, which include losing their job may be too high a price to pay given their personal situation).  Still later, as I started sales training I thought it might be my need for approval.  But after reading a post from HubSpot's Hannah Fleishman I realized it may have been because I didn't see myself as an equal to figures of authority.  And this is fundamentally incorrect.
My sales coach, Rick Roberge, told me a story last year that has stayed with me since.  He said that when he met presidential candidate Mitt Romney he said to himself: "here's a smart guy whom I'm interested to hear speak but I'm no dumb guy either and, if Mitt is open enough and the opportunity presents itself, Mitt could learn something from me."  This wasn't Rick being arrogant but rather simply stating fact that all of us, by virtue of our unique upbringing, can offer insights on some topic - but only if we're bold enough to do so.
This issue comes up in sales sometimes when a rep is afraid to speak to the CEO of a prospect company.  This is because the rep doesn't see themselves as an equal and will sometimes ask me to jump in with the "big title".  However, I dislike this as it undermines the rep who should be acting as an advisor and equal to his counterpart.  Of course, being a good advisor requires the rep to be business savvy, smart and honest.  Hence I've realized now that these are fundamental traits that separate great reps from the also-rans. [2]
To be clear I'm no egalitarian suggesting we're all equal in a kumbaya manner.  Rather we're all experts in our own fields and it's worthwhile recognizing that in each other and learning from one another.  But that should not extend to being deferential to any one else.
The US constitution famously declares "All men are created equal."  We've all heard this countless times but I mainly thought of this from a legal standpoint or in the historical context of slavery.  But the founding fathers may have meant more.  Specifically that all of us are indeed equal and no one should offer, nor expect, deference due to one's position.
......
[1] Funny thing about cliches.  The older I get the more I realize they are unfortunately right most always.  That said, one that is overdone of late due to "big data" madness is Edward Deming's "In God we trust; all others bring data."  My position on that issue is here.
[2] Lately I've been thinking about what separates the good from the great at work.  Outside of highly technical jobs, most of us learn our jobs when we get hired and all preceding experience is really about gaining maturity and professionalism.
Maturity is typically thought to be a function of age but my hypothesis is that it can be greatly accelerated with a liberal arts education.  These days liberal arts graduates have poor job prospects and I think that's because there are far too many such graduates who didn't really understand why they enrolled in the first place.  But for those that knowingly chose this career path, I suspect they'll be far more mature, and better at reading people, than others of their age and that is the best background for being successful in sales and, dare I say, life.
Of course, it's not clear if such an education (any education?) is worth the exorbitant college tuition rates of the US.  But that's a different post altogether.
Relevant links from David Brooks and David Foster Wallace.